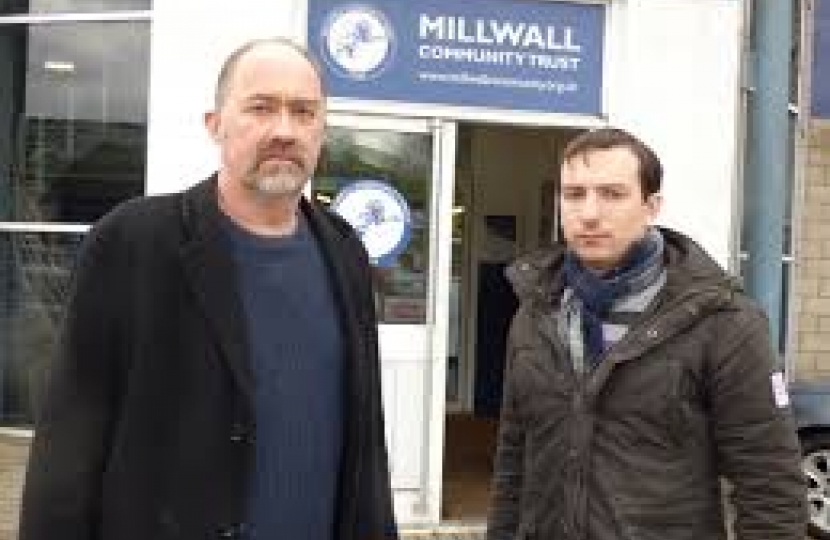 Conservatives in Lewisham have welcomed the Council's decision to scrap the Compulsory Purchase Order (CPO) of the land surround Millwall Football Club, known as the Den. Critics of the CPO have repeatedly warned that it could have resulted in the club leaving Lewisham after over 100 years in the borough.

Lewisham Council had planned to sell the land around the club to a developer, Renewal, for a new housing development called New Bermondsey. However fan groups, supported by Lewisham Conservatives and others, raised questions regarding the Council's links to the company and the process in which they were chosen. A review cleared the Council of any wrong doing but did leave many questions unanswered. The New Bermondsey development is still set to go ahead but will no longer require use of the Den.

The 2018 Conservative Mayoral Candidate in Lewisham, Ross Archer, committed to backing the club and axing the purchase in his manifesto. During last year's Mayoral election, Ross pressured Labour to commit to securing the future of the club at hustings and in writing but was disappointed they would not. Ross also wrote to the Mayor of London and the then Secretary of State for Local Government, Sajid Javid MP, to ask for the decision to be called in for review in 2017.

Welcoming the news, Ross said "As a Lewisham lad and football fan I'm pleased that Lewisham Council have finally done the right thing and axed the CPO. Millwall have a proud history in Lewisham since they came here over 100 years ago, now we know they have a secured future here too".

Chairman of Lewisham West and Penge Conservatives, Thomas Turrell, added "It is great to see that the efforts of the fans and Ross have paid off so that Millwall can continue to have a home in Lewisham. It is a huge win for local people and the fans".

Conservative London Assembly Candidate for Lewisham, Charlie Davis, also welcomed the news "This whole saga has exposed Labour's complacency in Lewisham, the silence of the Labour Assembly Member and MP's on this matter has been shocking. What's clear is local people need someone who'll stand up for them, not another silent Labour politician who puts party first. I'm delighted by the news and congratulate the fans group on this hard earned win".

The Lewisham West & Penge constituency is split between the London Boroughs of Bromley and Lewisham, it covers the electoral wards of: