Thanks to the Conservatives, the Employment Rate has Never been Higher 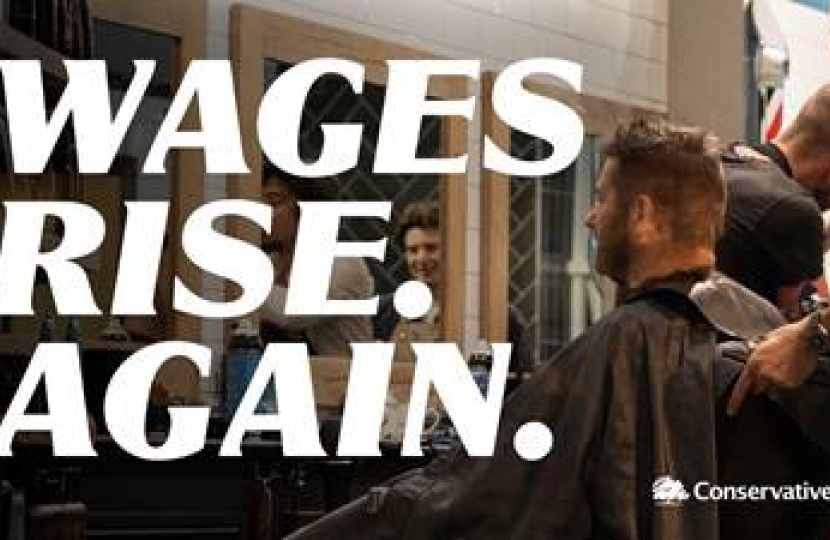 Official ONS figures show that in London, there are now 4,632,081 people in work – meaning that, under the Conservatives, 848,942 more people have been able to access the security of a job.

The figures show that there are more people with a full-time job than ever before and that the employment rate is at a joint record high.

And with wages rising at their fastest pace in more than 11 years – ahead of inflation for 18 months in a row – people’s pay packets are going further.

In Lewisham West and Penge, the number of people who are claiming key out-of-work benefits has fallen by 580 since 2010 – an overall reduction of 17% per cent.

These figures show the underlying strengths of our economy – with millions of people benefitting from a sustained boost in pay and access to a regular pay cheque.

Boris Johnson and the Conservatives will ensure our economy continues to grow so that we can fund our vital public services – including 20,000 more police officers, more funding for schools and making sure people see more investment in the front line of our NHS.

Chairman of Lewisham West & Penge Conservatives, Thomas Turrell, welcomed these figures, saying “These figures show that Boris Johnson and the Conservatives are providing a solid foundation on which to build Britain’s economic future.

“Families across the country are benefitting from a sustained boost in their wages. And with a record number of people in full-time work, we are giving more households the security of a regular wage.

“Labour mean more dither and delay on Brexit, whilst their economic plans would wreck the economy – leaving us with more debt, higher taxes and fewer jobs, hurting the people they claim to help the most.”

Jesse Norman, Financial Secretary to the Treasury, said “These are another remarkable set of jobs figures. Wages are now rising at an average of 4% and faster than prices, meaning people’s pay can go further.

“With more people than ever before in full-time jobs and long-term unemployment halving, more people have the security of a regular wage and can provide for their families.

“Boris Johnson and the Conservatives will continue to ensure the fundamentals of our economy are strong. Labour would wreck our economy and put people’s livelihoods at risk.”

Wages: Average weekly earnings for employees increased by 4.0 per cent compared with a year earlier – growing by 2.1 per cent after adjusting for inflation – meaning people have more money in their pockets.

Full-time employment: There are a record number of people working full-time (24.17 million – 74 per cent of the workforce). This has increased by 2.95 million since 2010.

Female employment: The number of women in work is 15.52 million – and the employment rate for women is at a record high of 72.1 per cent. There are 1.89 million more women in work since 2010.