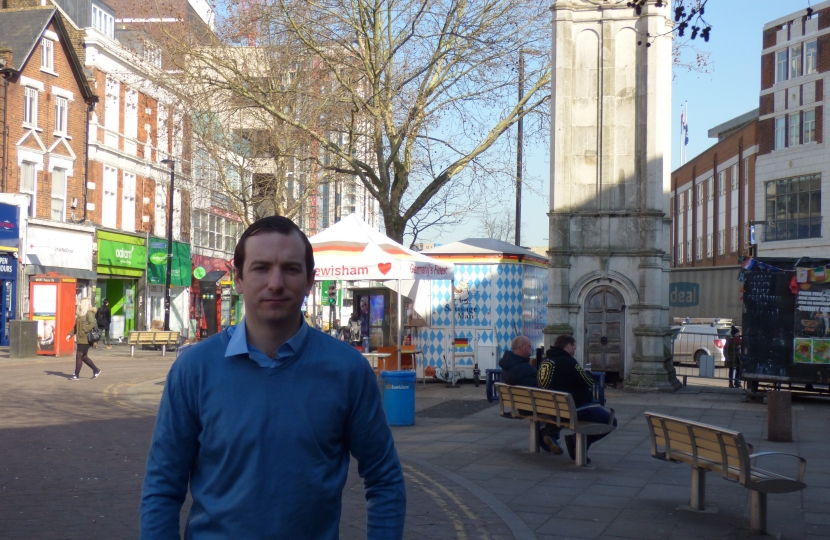 Ross Archer, the Conservative Candidate for Mayor of Lewisham, has launched his manifesto ahead of the local elections. The manifesto calls for a fresh start for Lewisham after over forty years of Labour rule in the borough.

The Labour party have been in charge of Lewisham since 1971 and the current Mayor, Sir Steve Bullock, has been in charge since the post was created in 2002.

Lewisham Conservatives came second in all three Lewisham parliamentary constituencies in last year’s General Election, leading local Conservatives to say they are the only alternative and the fresh start Lewisham needs.

You can view the full manifesto here: https://www.lewishamconservatives.org.uk/Fresh-Start

Ross Archer says “Lewisham needs a fresh start. After 40 years in charge Labour have grown complacent and arrogant. I am offering a positive vision of change for our borough. If elected I'll cancel the Millwall CPO, tackle fly-tipping, build more genuinely affordable homes and fund extra police officers. I will improve Lewisham’s schools so every child has the best start in life and support our local businesses so we can have a thriving local economy. Only Lewisham Conservatives can offer our borough the change and fresh start it needs.”