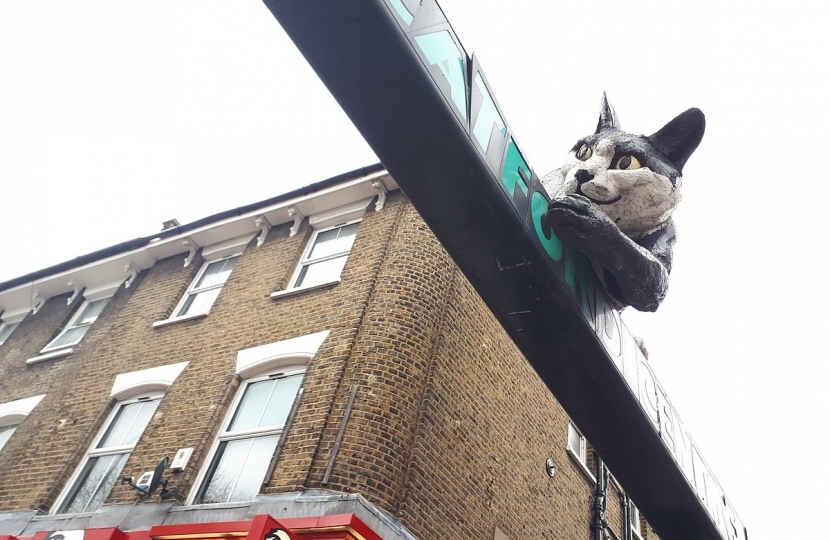 Below are the questions asked and answered by Lewisham Council in January.

Member to reply: The Mayor

Please can you confirm how much is being spent on the communications department for Lewisham Council?

Communicating effectively with our residents is very important for the Council. Good communications informs and engages residents on all aspects of the council’s work.

The cost and size of Lewisham Council’s communications department is notably lower than the London average. It spent £150,564 on non-staffing items during 2017/18, compared to the London council average of £317,625.

Figures from the Local Government Association (LGA) show the average number of staff in communication departments in London during 2017/18 was 14.4. Lewisham is below this average, employing 10 staff, down from 15 during 2014/15.

What recruitment company is being used to search for the CEO role?

No decision has yet been made on the approach to recruiting a new CEO. As such decisions about whether to use a recruitment company, or not, have not been made.

The Mayor & Cabinet Office provides organisational and executive support to the Mayor, Deputy Mayor and Cabinet Members to enable them to fulfil their leadership roles within the Council, across the community, and regionally and nationally in organisations like the Local Government Association and London Councils.

The staffing budget and actual spend for the Mayor & Cabinet Office was as follows:

How much of the £9.3 million in funds from the community infrastructure levy will the council be channelling into local schools? (figures from News Shopper 17th Dec 2018)

The Council is currently developing an evidence base on infrastructure planning that underpins the production of the emerging new Local Plan. This Infrastructure Delivery Plan (IDP) once developed will inform the prioritisation of infrastructure projects eligible for CIL funding. Investment in local schools has been identified on the Council’s Regulation 123 list as eligible for CIL funding, and allocations will be reviewed as part of the Council’s capital programme. In addition the Council has allocated significant amounts of S106 to schools over the last year, including £1,595,000 for New Woodlands School, £1,015,456 for Greenvale School, and £728,818 for Watergate School. The Council has recently granted planning permission for Ashmead School in addition to granting planning permission for a variety of temporary expansions at a number of other schools in Lewisham.

Can the Council provide evidence that the alteration in the speed limit to 20mph is reducing road traffic accidents?

The effect of reduced speeds has been shown by previous studies to substantially reduce the numbers and severity of road traffic accidents. The most notable study was by the Transport Research Laboratory (TRL report 215) on 72 20mph zone schemes and found that they reduced injury accidents by around 60% and that accident numbers reduced by around 6% for each 1mph reduction in speed.

In common with other signed only 20mph limits that have been introduced by a large number of highway authorities the actual speed reductions initially achieved in Lewisham have been fairly modest at around 1 mph.

In order to achieve further speed reductions we have embarked on a programme of works to further reduce speeds on around 30 priority roads where speeds were found to be unacceptably high. Design work has commenced and implementation will start in Spring 2019 and take around 12-15 months to complete. With regards to assessing changes in road traffic accidents following any works it is generally accepted that a minimum of 3 years before and after data should be used. This will require “after” data from the introduction of the 20mph limit in September 2016 up to September 2019. Owing to the time lag in producing confirmed collision data this is not likely to be available until Spring 2020.

Overall the introduction of a 20mph speed limit is part of a package of measures to help support the Mayor of London’s “vision zero” and other road danger reduction strategies.

How much money has been spent by the council on recruiting costs for a new CEO?

No money has been spent to date on recruiting costs for a new CEO following the departure of the previous CEO in December 2018.

Figures of fly tipping is detailed below but is in financial years:

As cabinet member for Schools Performance, I thought that these questions are most relevant to you on Lewisham secondary schools.

Do you or the council have figures on how many secondary school pupils are being sent out of the borough for their secondary education, both in real terms and as a % of the possible total? How have these numbers changed over the past three years?

Fantastic work goes on in our schools, and I am really pleased to see the progress that has been made in recent years, for example in GCSE results. Nevertheless, I recognise that the popularity of a minority of our secondary schools in Lewisham continues to be a challenge for the borough.

Because the Admissions Team works on a live database it is not possible to extract historical data, but it appears that over recent years the proportion going out-borough has risen from around a quarter to a third.

On National Offer Day (1 March 2018) 2047 (63%) of Lewisham’s Year 6 children (including late applicants) were expected to transfer to a Lewisham secondary school in September 2018 so 37% were expected to go out-borough. Mobility is very high in London generally, and children and parents are entitled to make choices that suit them, but this level of exports is too high in Lewisham, hence the focus on improving and promoting our schools.

We are determined to reverse this trend and our work seems to be bearing fruit. In 2018 we therefore worked with our secondary schools to ensure that parents were able to see the fantastic opportunities that they offer to children and young people. In applications for September 2019 we have seen an increase in the numbers choosing Lewisham schools - the number of first and second preferences for Lewisham secondary schools has risen by 275 (8% of the cohort).

How many homes have been completed to a habitable standard and occupied each year from 2014 to 2018?

Whilst no longer a statutory requirement the Council continues to publishes its Annual Monitoring Review in Jan for the preceding year 1st April to 31st March. These can be found on Council’s website.

We have experienced delays in preparing the annual monitoring report for 2017–18 which is currently scheduled to be published by mid-February.

London Assembly Candidate for Greenwich & Lewisham, Councillor Charlie Davis, said he is delighted that the police are receiving the funding as one of the 18 areas across England and Wales, getting a share of the £35.5 million total.