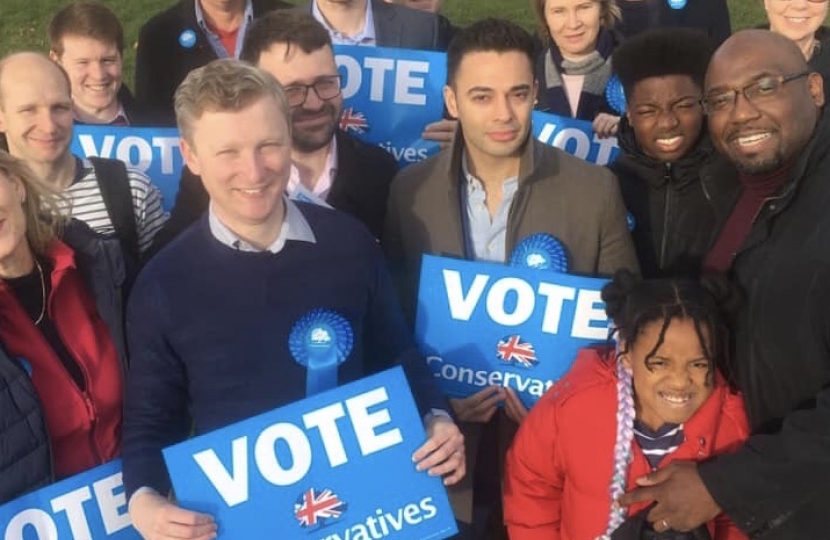 Lewisham Conservative volunteers have chosen their candidates for the General Election on December 12th.

In Lewisham East, members chose local family man Sam Thurgood as their candidate for the election. In a packed hall at the Clarendon Hotel in Blackheath, Sam said ‘It is a great privilege to be fighting to represent my home constituency, and I look forward to the campaign ahead’.

Sam lives in Lewisham with his wife and two young daughters, where they spend a lot of time either on Blackheath or browsing the market in Lewisham. Sam works with the health service, advising the NHS on real estate, and commutes everyday from Blackheath station. Sam is campaigning for improvements to local infrastructure such as the Bakerloo line extension, and for a better deal for pensioners and young families. He will work with Lewisham Council to improve the overall quality of life for everyone who lives and works in Lewisham East.

In Lewisham West & Penge, members chose full-time working mum, Aisha Cuthbert, who is a local Councillor on Bromley Council. Aisha said ‘I’m honoured to have been selected as the candidate, and I’m looking forward to meeting residents on the doorstep’.

Aisha works in the affordable housing sector and sits on the Board of Mytime Active, which runs a number of leisure facilities in the constituency. She is campaigning for safer streets, making transport more reliable and supporting an increase in state pensions.

Gavin lives by Deptford Creek and commutes daily from Deptford Station to his job in the City. He is also a school governor, and intends to use his experience in finance and in education to get a better deal for parents and young people in the borough.