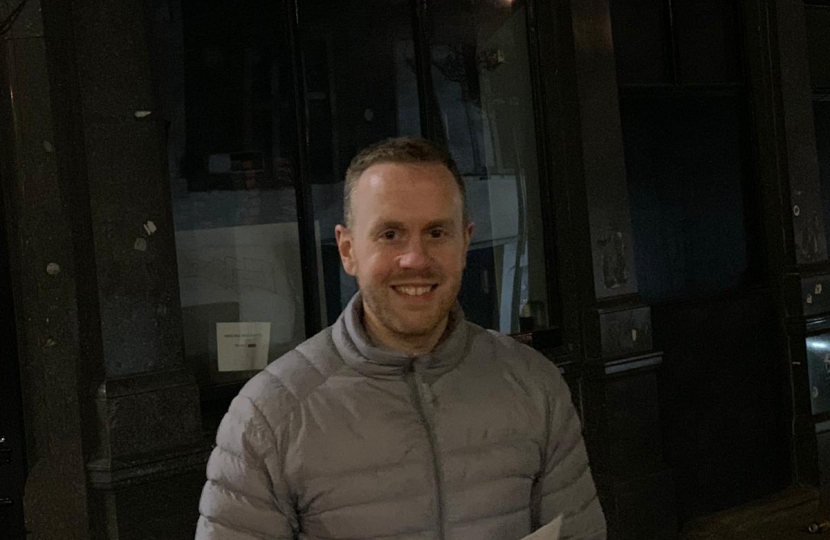 Lewisham Deptford Conservatives have selected Chris Wilford as their candidate for the New Cross By-election, which will take place on 6 May 2021, the same day as the Mayor of London and London Assembly elections. Wilford will be fighting to put some opposition on Lewisham Council, where the Labour Party currently hold all 54 seats.

Commenting, Mr Wilford said "Lewisham is a one-party state and we all pay the price. With no opposition, Lewisham Labour can quite frankly do what they want. All the battles that matter to them are internal between their Hard Left and Moderate factions. Whilst they bicker, residents have to put up with poor services. It's time to get a grip."

"I'll be a strong opposition on the Council. I will be campaigning for weekly bin collections, cutting crime and campaigning against Labour’s road blocks under their Low Traffic Neighbourhoods scheme. These LTNs are causing massive traffic jams and even more pollution on the main roads.”

Alongside Shaun Bailey, the Conservative candidate for Mayor of London, Chris will be working to cut Council Tax, make our streets safer, help young people get out of crime, get young people on the housing ladder, and scrap plans to extend the £12.50 daily ULEZ charge. Chris added “It’s ridiculous that many New Cross residents will be forced to pay £12.50 a day just for switching their engine on. Labour are penalising hard-working residents during a tough economic time.”

With Charlie Davis, the Conservative candidate for Greenwich and Lewisham on the London Assembly, Chris will work to ensure the Bakerloo Line Extension is delivered.

Lewisham West Conservatives have selected local resident, Dickon Prior, as the Conservative candidate for the by-election for Bellingham ward on Lewisham Council. The by-election is on 6th May 2021, the same day as the London Mayoral and Assembly elections.