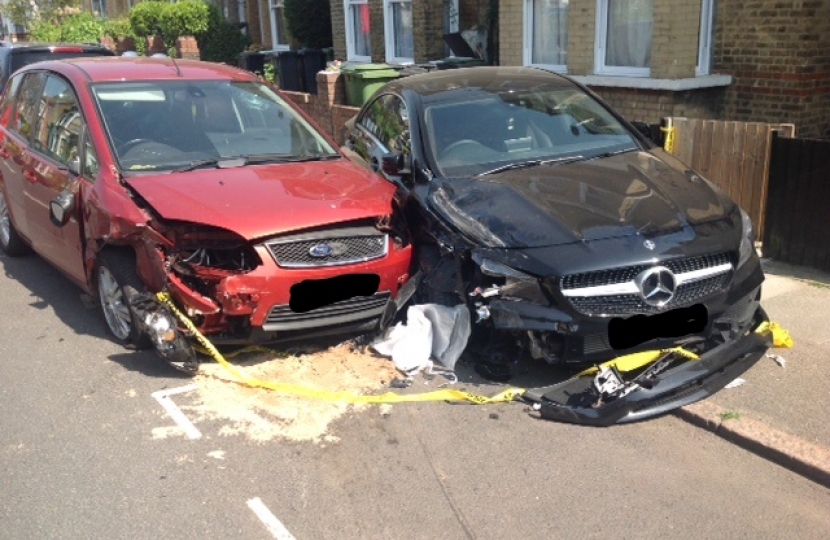 Conservatives in Forest Hill are calling on Lewisham Council to address parking issues on Devonshire Road which has left the street "clogged and congested".

As the demand on Forest Hill station has increased, so has pressure on parking within the surrounding streets including Devonshire road. The demand on parking is leaving these streets heavily congested thus increasing air pollution in the area. Lewisham Conservatives also fear congestion and pollution in the area will get worse if the Mayor of London pushes ahead with his plans to extend the Ultra Low Emission Zone to South Circular which runs through both Forest Hill and Catford.

Resident Martin Coombs said "These issues have been going on for years and the council need to offer residents a solution. The  road has been seriously narrowed in certain parts where cars have difficulties in passing, leaving street clogged up and congested, especially when commercial vehicles are involved. Previously there has been damage to side mirrors which are costly to replace. Devonshire Road has also been used at various times as a 'short cut' from Forest Hill to Honor Oak Park which adds to the congestion and the street can often come to a stand still".

Chairman of Lewisham West and Penge Conservatives Thomas Turrell said "Expanding the ULEZ to Forest Hill in 2021 is going to cause more congestion in the area as people seek to avoid driving into the zone. The Council need to tackle the issue now, not wait for it to get worse before waking up to the issue".