Susan became a London-wide London Assembly Member in June 2017 and is currently the Leader of the Conservative group on the assembly.

​Her passion lies in community safety in all its forms. She was appointed to the London Fire and Emergency Planning Authority in June 2010. 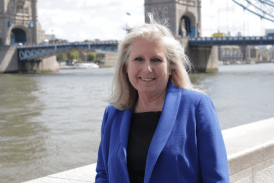