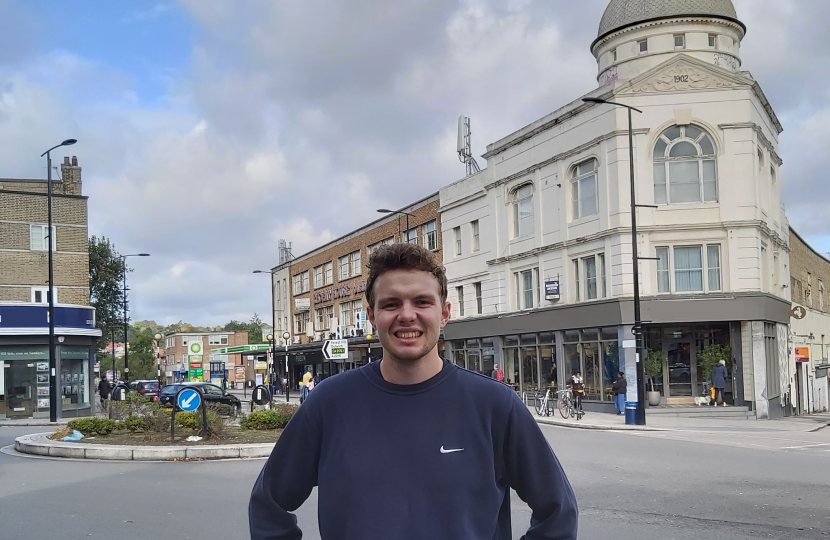 Local resident Charlie Davis has been selected as the Conservative Candidate in Greenwich and Lewisham ahead of the London Assembly elections in May 2020.

Charlie has lived in the area all his life, living in Eltham and attending secondary school in Lee.

Charlie has represented the area he grew up in, Eltham North, on Greenwich Council since November 2016, when he gained the seat from Labour in a by-election. He is Deputy Leader of the Conservatives on the Council and the Opposition Spokesman for Regeneration & Community Safety. Charlie was previously the Opposition Spokesman for Sport, where he passionately campaigning for better sports facilities to increase grassroots participation and access to sport.

As a ward councillor, Charlie has campaigned to prevent the closure of Eltham Police Station by the Labour Mayor, Sadiq Khan. In his role as Assembly candidate, Charlie plans to expand his campaign to continue the work of Lewisham Conservatives' in opposing the closure of Catford and New Cross Police Stations.

As a local commuter, and committee member of the Lewisham and Bexleyheath Line Community Rail Partnership, Charlie knows all too well the frustration suffered by residents at the hands of Southeastern. He has campaigned against the franchise as both a Councillor and commuter, and believes all alternative options must be explored when the franchise is awarded.

Charlie said "It is an enormous honour to have been selected as the Conservative candidate in the area I've lived all my life for next year's London elections. As a councillor I've shown I'll be a strong, independent voice for our communities, from campaigning against the closure of our local police station to fighting for a better deal for commuters. Now I want to be the fresh, strong voice we deserve in City Hall".

Here you can see campaigns across the borough being run by Conservatives teams near you.

The Lewisham West & Penge constituency is split between the London Boroughs of Bromley and Lewisham, it covers the electoral wards of:

Met Police set to receive an additional £138.9m next year

The Metropolitan Police are set to receive an additional £138.9m in its funding next year, thanks to the Conservative Government’s increase to police budgets.

Charlie Davis has welcomed the Government’s landmark new Kickstart scheme and called on local employers to sign up and help young people into work to mark the opening of the initiative.

Councillor Charlie Davis has welcomed news that Lewisham & Greenwich NHS Trust is set to receive an additional £1,500,000 in order to support A&E capacity ahead of the winter months.

Councillor Charlie Davis has welcomed the announcement that the Metropolitan Police has been bolstered by an additional 1,369 officers since the Government launched its major recruitment drive in September 2019

Conservative London Assembly candidate for Greenwich & Lewisham, Charlie Davis, has signed a joint letter to the Secretary of State for Transport, Grant Shapps, to raise the future of the Bakerloo Line extension to Lewisham. Charlie signed the letter alongside Hannah Ginnett, the London Assembly candidate for Lambeth & Southwark, and Councillor Matt Clare, the Opposition spokesman for Transport in Greenwich. The future of the project has been cast into doubt after the Labour Mayor of London had to seek a £1.69billion bailout for TfL from the Government, with TfL now looking to agree a second bailout with the Government in the coming weeks

Food aid charities in London were awarded over £776,463.00 in government funding to help local people struggling to get food as a result of the coronavirus crisis. As a result, over 713,000 meals have been provided for people in need in London

LEWISHAM BENEFITS FROM UNPRECEDENTED MEASURES ANNOUNCED BY THE CHANCELLOR

Lewisham has received unprecedented economic support to protect jobs and businesses during the Coronavirus outbreak. Across the three Lewisham constituencies 41,500 jobs have been protected through the Coronavirus Job Retention Scheme, with Government grants covering 80 per cent of people’s wages, up to £2,500 a month.

Charlie Davis welcomes £1,023,000 to create new era for cycling and walking across Lewisham

Conservative London Assembly candidate for Lewisham Charlie Davis has welcomed the announcement communities in Lewisham will benefit from £1,023,000 to make roads safer for pedestrians and cyclists. 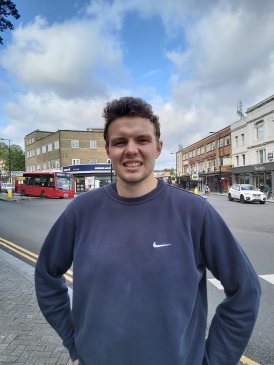