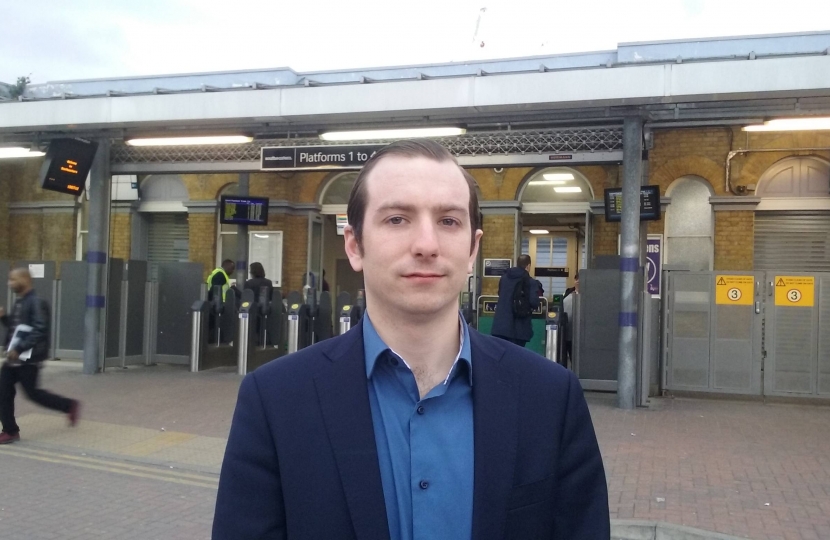 Conservative candidate for Mayor of Lewisham, Ross Archer, has welcomed the additional train carriages on the Southeastern network describing the news as a welcome relief for long-suffering commuters.

The Conservative government has announced  68 extra carriages will be added to the Southeastern network, providing an additional 5,000 seats during the morning peak. The move means that commuters on the Bexleyheath, Sidcup and Woolwich lines will see a number of peak-time trains lengthened from eight to 10 carriages, with some six-car trains lengthened to eight. The new carriages will be rolled out between later this month and November.

Ross said “This will bring an immediate benefit for long-suffering local commuters and I welcome this news. However, southeastern is one of four operators to run trains through our borough and I’ll be campaigning for a better train service and more capacity for all commuters in Lewisham”.

“These extra carriages will go a long way in relieving pressure on the local railway network, however in the long term we need to secure the Bakerloo line not just to New Cross and Lewisham town centre but also through the south of borough to Catford and Lower Sydenham. This will provide fast and frequent trains from our borough to central London. It’s therefore disappointing that Labour’s complacency in Lewisham has put this at risk”.

“The Conservatives government is delivering for commuters, and if elected Mayor I’ll make the case for more investment in Lewishams rail capacity”.