Ross Archer selected as 2018 Conservative Candidate for Mayor of Lewisham 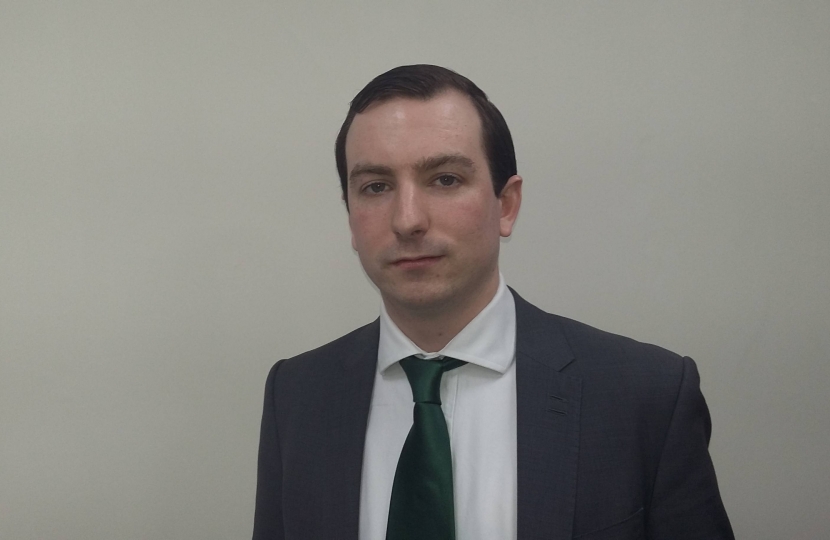 Sydenham resident Ross Archer has been selected as the Prospective Conservative candidate for Mayor of Lewisham ahead of next year’s local elections. Ross has lived in Lewisham for over twenty years and has played an active role in the community; as a School Governor, Charity Trustee and Scout Leader. Ross works as a Manager for a not-for-profit organisation.

In recent months Ross has been highly critical of Lewisham Council’s handling of the controversial Millwall Compulsory Purchase Order and has called on the Mayor to stand down while the investigation is ongoing. Ross has also criticised the Mayor of Lewisham for not having a single meeting with the Mayor of London to help secure the Bakerloo line extension.

The Conservatives came second at the last Mayoral election in 2014. Ross, currently Chairman of the Lewisham Deptford Conservative Association, beat off another rival candidate to secure the party’s nomination.

“I'm delighted that Lewisham Conservatives have chosen Ross Archer to be their candidate for Mayor.  During the 2015 general election, local Conservatives worked hard to secure second place and establish themselves as the only viable alternative to Labour dominated Lewisham.  Ross Archer is the right candidate to continue that work and will provide the kind of leadership the borough so desperately needs.”

“It is a huge honour and a privileged to have seen selected as the Conservative candidate for Mayor of Lewisham. I am excited to hit the campaign trail and meet many more residents and hear their views and concerns. I am really proud to be a Lewisham resident and I want the best for our borough.

Lewisham means a lot to me. When I first moved to Lewisham I couldn’t read, it was a Lewisham school – Elliot Bank – that taught me to finally read at the age of eight and Lewisham has been my home ever since. However our borough faces a number of challenges such as, getting better quality public transport, getting a better deal from developers on genuinely affordable housing, ensuring the mistakes of the botched Millwall CPO are never again repeated, protecting Beckenham Place Park, tackling air pollution that leads to so many premature deaths, cleaning up our streets – getting tough on the fly-tippers who blight our community  and waging war on the huge amount of wasteful spending at the Town Hall.

Next May Lewisham will elect its new Mayor, during this time I will be outlining my plan to residents and explaining how I will ensure Lewisham can have a better future.”