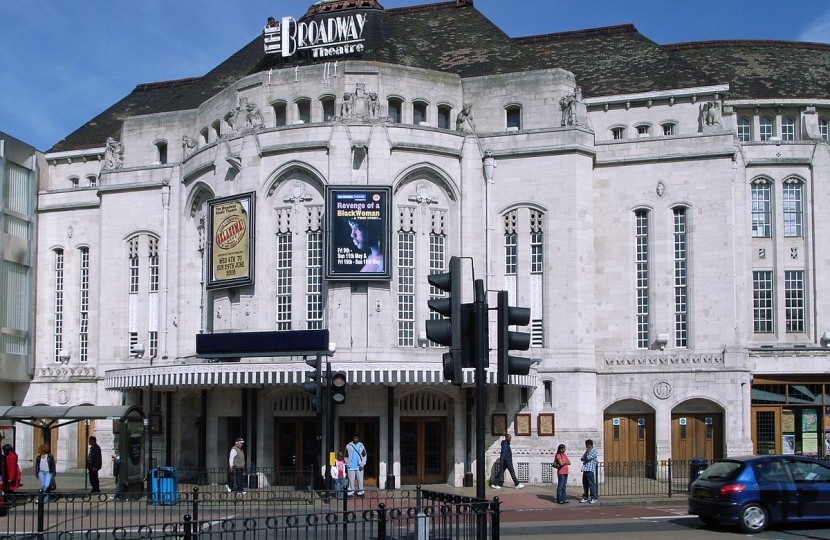 ‘Lewisham Council have not offered another place to us. They have sent us an eviction notice, with no reason why?’ reads a tweet by Little Nan’s Bar in the Catford Broadway theatre.

First the Beckenham Golf Club, then the debacle over Millwall and now Little Nan’s Bar in the Catford Broadway Theatre is being forced out of business by an unopposed Labour Council. Lewisham Council seem determined to stop anything they do not see as part of their idealistic methods of controlling the borough.

Little Nan’s Bar in the Catford Broadway Theatre was opened in February 2017, from their previous base in Forest Hill, as an independent company that helped to attract people to the area and allowing people visiting the theatre to enjoy hospitality following their show or visit for a unique experience to supplement time spent in Catford. However, the council planning committee have decided that the establishment is ‘unsuitable’ for the area and needs to be moved along.

Little Nan’s Bar was given a 5 year lease in 2017, with Lewisham Council demanding that there must be 2 year early exit clause that the council have exercised their right to trigger. However, what message does this send to people and businesses in Lewisham? With job density in Lewisham at 0.39, promoting the area to such businesses should be something the council should be prioritising. Not looking to get rid of thriving

More astonishing is the fact that Little Nan’s Bar seem to have heard the news on Twitter before the council had the courtesy of letting the owners know. This method of running small businesses into the ground at the expense of the Lewisham dictatorship seems to be in line with their flagrant disregard of anything that does not conform to their council’s desires.

Lewisham council seem to be more than happy to push anything and anyone aside in this respect, after all, they have not satisfactorily resolved a project that threatens the future of Millwall in the borough. Labour in the surrounding areas seem more content on pushing through policies and decisions without thinking about the impact on both the community, residents and visitors to the borough.

Lewisham Council have been dominated by Labour for over 45 years now and this is the result of a complacent council safe in the knowledge that they can govern as they please. Councillors do not ask questions in the chamber, decide on the future of small businesses impacting on jobs, charge the highest rates of council tax in Inner London, presided over a fly-tipping disaster, failing school standards and increasing the debt burden in city hall that will have a knock on effect on future Lewisham residents.

So if you’re thinking of setting up a business in Lewisham, beware of a Labour machine that seems determined to control a large part of their business.