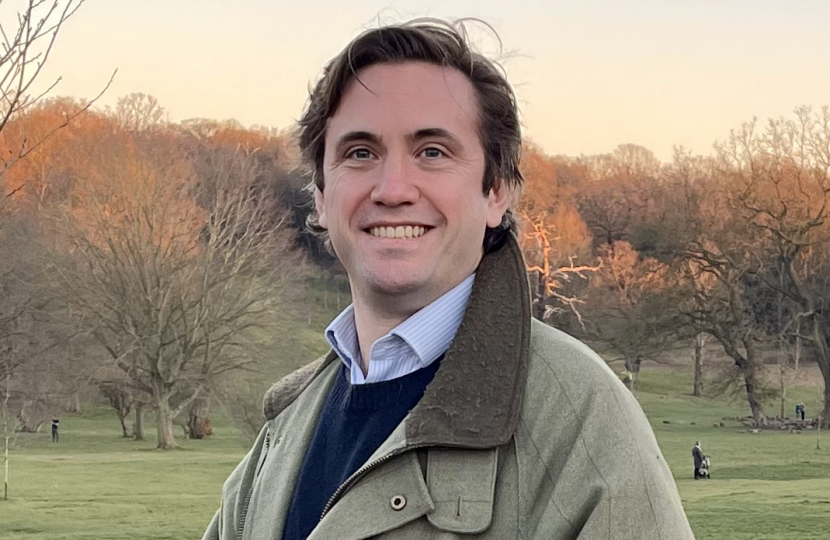 Lewisham West Conservatives have selected local resident, Dickon Prior, as the Conservative candidate for the by-election for Bellingham ward on Lewisham Council. The by-election is on 6th May 2021, the same day as the London Mayoral and Assembly elections.

The by-election follows the sad passing of Cllr Sue Hordijenko, who was herself elected in a by-election in 2016. Lewisham Conservatives send their condolences to her family, friends and colleagues at the council.

Dickon has lived in Lewisham for over twelve years and works as a Project Manager in the advertising sector.

Commenting after his selection Dickon said:

"The cause of this by-election is incredibly sad. Sue Hordijenko was an inspirational, hard-working lady and gave years of service to the people of Bellingham. My deepest sympathies are with her loved ones and colleagues.

I am now standing in this by-election for the Conservatives, so that residents have a chance to elect an opposition and give themselves another voice in the Town Hall. I am a passionate believer in democracy based on accountability and debate, and having 54 Labour councillors out of 54 council seats does worry me. When the Labour Mayor of London announced the closure of Catford Police Station, no local councillor was prepared to stand up to him.

I am determined to get a better deal for the people of Bellingham by supporting our ‘No More Zone 4’ campaign, to re-zone Lower Sydenham and Beckenham Hill stations into Zone 3. This is a key Lewisham Conservative policy, and means that, when we start returning to the office, season ticket holders to Central London will be almost £400 a year better off.

I also want to tackle the issue of fly-tipping that has blighted the Bellingham community for too long. Lewisham Conservatives have raised the issue with the council repeatably over the last five years, but there has been no noticeable action taken. It is a disgrace that Bellingham residents have to take their large household recycling all the way to New Cross to dispose of it legally. If elected as Bellingham’s new councillor, finding a real solution will be a top priority for me.

No matter the outcome of the by-election, there will still be two Labour councillors for Bellingham serving the rest of their terms. With a third Council seat, the people of Bellingham have a real choice. I’m urging residents to lend me their vote and give themselves another voice in the Town Hall."

“Dickon will be an alternative voice in the town hall, someone to express a different point of view from the Labour Leadership in Lewisham. I know that the good people of Bellingham will be able to rely on Dickon to get action on the issues that matter to them. Dickon is an experienced campaigner who really can secure a better deal for Bellingham”.

There are four by-elections across Lewisham due on the 6th May 2021 – with Sydenham, New Cross and Catford South also set to elect a new councillor in each area.