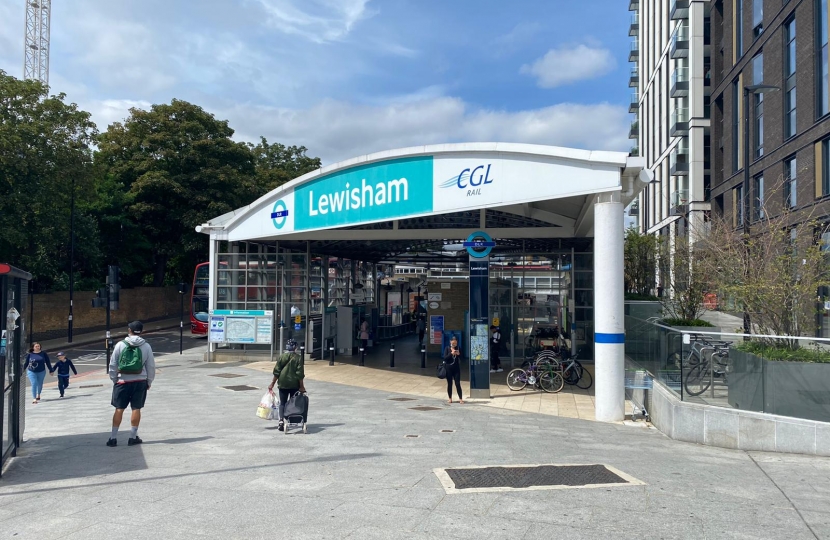 Conservative London Assembly candidate for Greenwich & Lewisham, Charlie Davis, has signed a joint letter to the Secretary of State for Transport, Grant Shapps, to raise the future of the Bakerloo Line extension to Lewisham. Charlie signed the letter alongside Hannah Ginnett, the London Assembly candidate for Lambeth & Southwark, and Councillor Matt Clare, the Opposition spokesman for Transport in Greenwich. The future of the project has been cast into doubt after the Labour Mayor of London had to seek a £1.69billion bailout for TfL from the Government, with TfL now looking to agree a second bailout with the Government in the coming weeks

In the letter it is highlighted that Lewisham is a growing borough with an increasing population and in desperate need of the extra rail capacity. Charlie invites the Secretary of State to visit Lewisham station at rush hour to see for himself the overcrowding and observe how many commuters are unable to board trains, showing how important the project is for Lewisham.

The signatories also ask the Minister to provide clarification on three points:

1.    At any point in the negotiations, did TfL offer to sacrifice the project in return for securing the bailout?

2.    What impact, if any, does the TfL bailout have on TfL’s ability to secure funding for an extension of the Bakerloo line?

3.    Given the delays to Crossrail under this Mayor, does this Mayor of London still have the credibility to secure funding for big infrastructure projects?

Charlie said “Commuters in Lewisham are desperate for the Bakerloo line to be extended to the borough and provide the extra capacity we need across South-East London. But the failings of this Labour Mayor over the last four years has now put this project into doubt. I am fighting to secure the future of this extension and improve local people’s daily commute. I don’t doubt for one second Boris Johnson’s commitment to the extension, after all the process started when he was Mayor. However, my concern remains that the current Mayor of London’s failure to take responsibility and failure to show any leadership will mean the people of Lewisham miss out on the extra rail capacity our area is in desperate need of”.