Helena Croft to stand in Sydenham 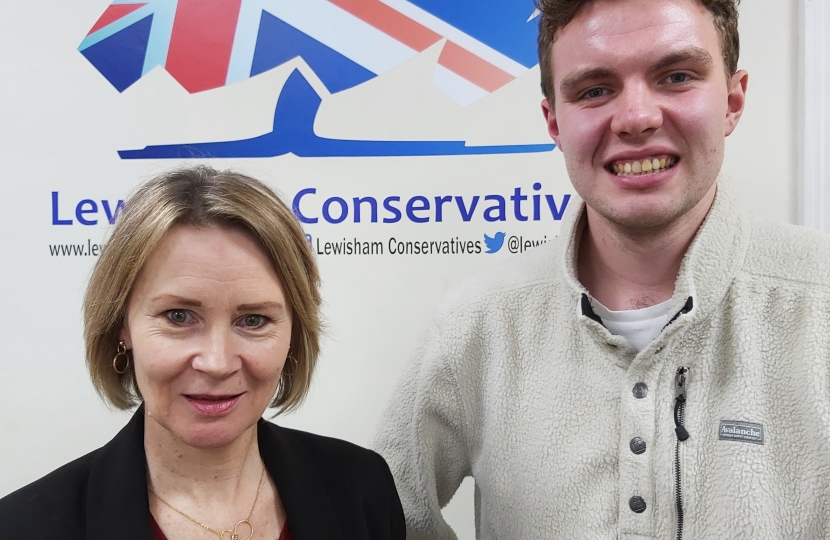 Lewisham Conservatives have chosen local campaigner Helena Croft as their candidate for the Sydenham by-election.

Helena has lived in Lewisham since 2016 and is the founder and Executive Director of a charity which supports victims of sexual violence and human trafficking. Helena has previous experience as a councillor and has served as Cabinet Member for Communications and Town Centres as well as Deputy Leader of the Council.

The Sydenham by-election, the third by-election in less than two years, is a unique opportunity for residents to give themselves another voice in the town hall.

Speaking on her selection Helena said "I'm thrilled to have been selected as the Conservative candidate in Sydenham. I can't wait to get on the doorstep and speak with local people about my plan for our area."

"Lewisham needs an effective opposition, it's not healthy for democracy to have a town hall made up of  one party - only the Conservatives can beat Labour locally. Between now and polling day I will be putting a positive case to local people as to why I'll be a fresh and independent voice for them in the town hall."

London Assembly candidate for Lewisham Charlie Davis welcomed Helena as a candidate adding "Lewisham needs an opposition and there is no-one better suited to form that than Helena. She has not only been a councillor, but a cabinet member and Deputy Council Leader. Helena knows the questions to ask, to ensure solutions are found for the local issues that the people of Lewisham deserve".

"This is the third by-election in less than 2 years, all caused by Labour councillors quitting. It's time Labour stopped taking local people for granted, I hope residents will lend Helena their votes and give themselves a strong, independent voice in the town hall."

A by-election is expected after one of the current councillors was named as a Deputy Mayor of London so can no longer continue on the council. At present no dates has been set for the by-election.