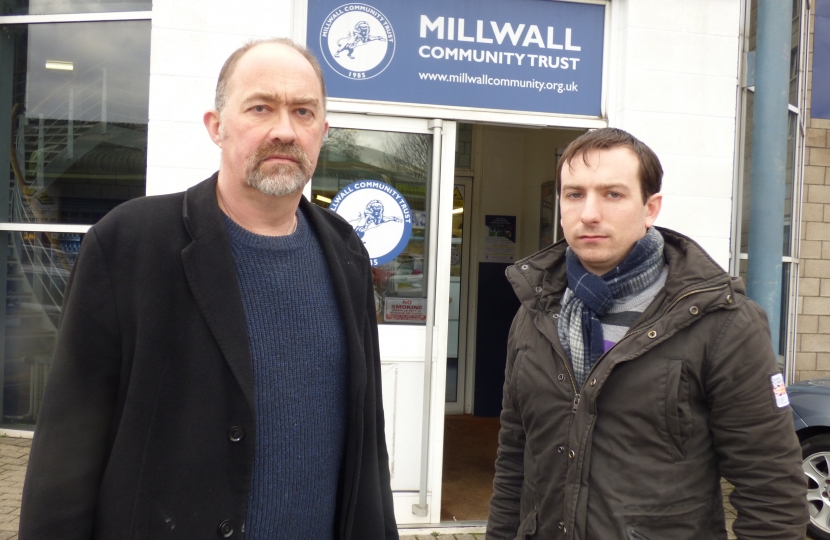 Conservative candidate for Mayor of Lewisham, Ross Archer, has written an open letter to the Labour Candidate, Damien Egan, asking for clarity on the parties position regarding the controversial Compulsory Purchase Order (CPO) of the land surrounding Millwall Football Club.

The original CPO was so controversial that Lewisham Council was forced to spend £500,000 on a public inquiry to establish if some Cabinet Members and the Mayor had breached the Code of Conduct in awarding the contract to develop the land to a company with political links to the Labour Leadership in Lewisham. While the inquiry found the code had not been broken, Ross has previously called for a second part to the enquiry to examining wider issues and concerns about the process.

However, in recent months it has been unclear whether or not the CPO was still on the table. In January outgoing Mayor of Lewisham Sir Steve Bullock claimed that the CPO would not proceed, however in February a leaked e-mail from the Deputy Mayor of London contradicted this.

Labour have unveiled their manifesto for Lewisham, but the manifesto has no reference to either the Millwall CPO or the New Bermondsey development. As such, Ross has written to the Labour Candidate for Mayor asking to clarify his policy and be open and honest with voters. You can see the letter below.

Ross Archer said “The botched Millwall CPO has bought to light how Lewisham residents are being taken for granted. It appears lessons have not been learnt from the experience as the Labour party in Lewisham have failed to mention the future of the CPO in their manifesto. I am very clear, a vote for me is a vote to scrap the CPO. I won’t drive Millwall Football Club out of Lewisham. Our borough has been their home for over 100 years, they do so much good in the community and I’ll help secure their home in our borough for another 100 years”.

At the last election, the then Conservative Mayoral candidate Simon Nundy, had a manifesto commitment not to sell the land. Simon commented “People are fed up with being taken for granted by a Labour elite in Lewisham who think they can do as they please. All politicians are accountable to the people, and it is the people Labour need to be honest with – is the Millwall CPO dead or hiding in the long grass?”.