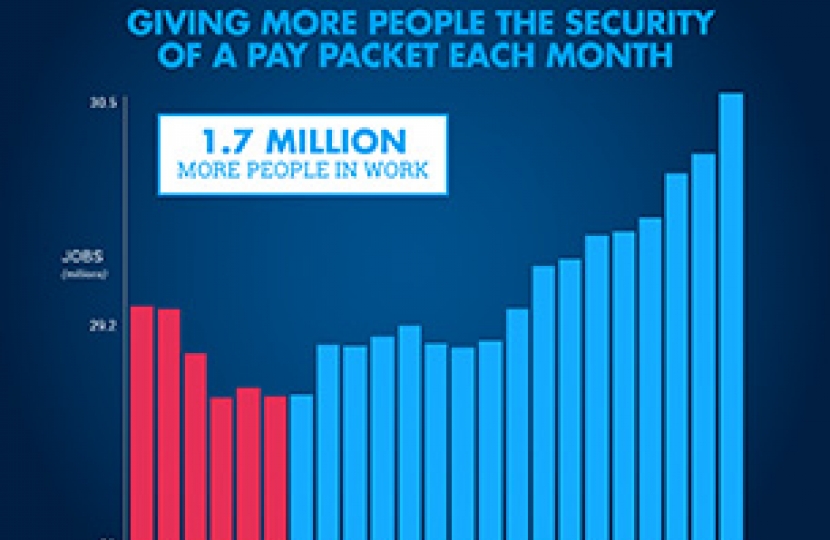 The number of people claiming job seekers allowance has again fallen in the Lewisham Deptford Constituency as more people in the area benefit from the Conservatives Long-Term Economic Plan which has helped to create over 2 million new private sector jobs.

Between June 2013 and June 2014 the number of people claiming Job Seekers Allowance dropped by 28.9% in the Lewisham Deptford Constituency. This is made up by a drop of 36.1% for claimants aged between 18 and 24, a drop of 23.4% for claimants aged over 50 and a further drop of 32% for people who have been claiming for 12 months or more.

Chairman of Lewisham Deptford Conservatives, Tracy Sutton, welcomed the figures saying “This is fantastic news.  It is great the Conservatives' long term plan is working for Lewisham and helping local people back into work.  There is still more to be done and the Conservative team and Bim Afolami will continue working for the benefit of local residents and businesses”.