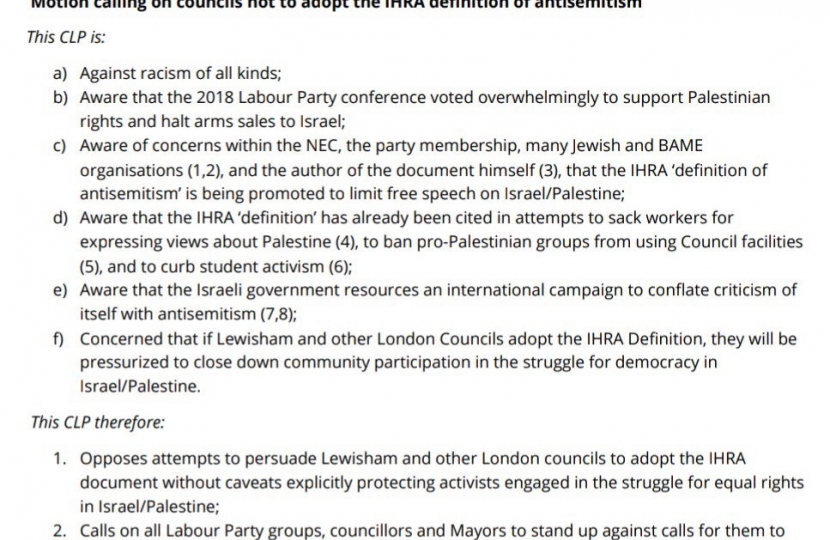 Antisemitism continues to thrive in the Labour Party in south east London.  Earlier this week, the comrades in Lewisham Deptford stepped up their hard-line campaign against other London branches adopting the International Holocaust Remembrance Alliance (IHRA) definition of anti-Semitism.

The Labour Party leadership has so far failed to take any action against Lewisham Deptford Labour Party, despite Labour’s antisemitism problem dominating the headlines throughout 2018.   The IHRA definition of anti-Semitism allows and encourages free speech on Israel and Palestine, but prohibits offensive and prejudicial antisemitic attitudes and language.

Lewisham Deptford Labour are even claiming that the Israeli government is secretly behind attacks against Jews around the world, as part of a conspiracy to give Jews a ‘protected position’ in the world.  Clearly this goes well beyond legitimate debate over the Israeli/Palestine conflict, and illustrates that there’s been no real change of attitude towards Jews in Corbyn’s Labour Party.

A summary from the offending Labour Party meeting is reproduced below: